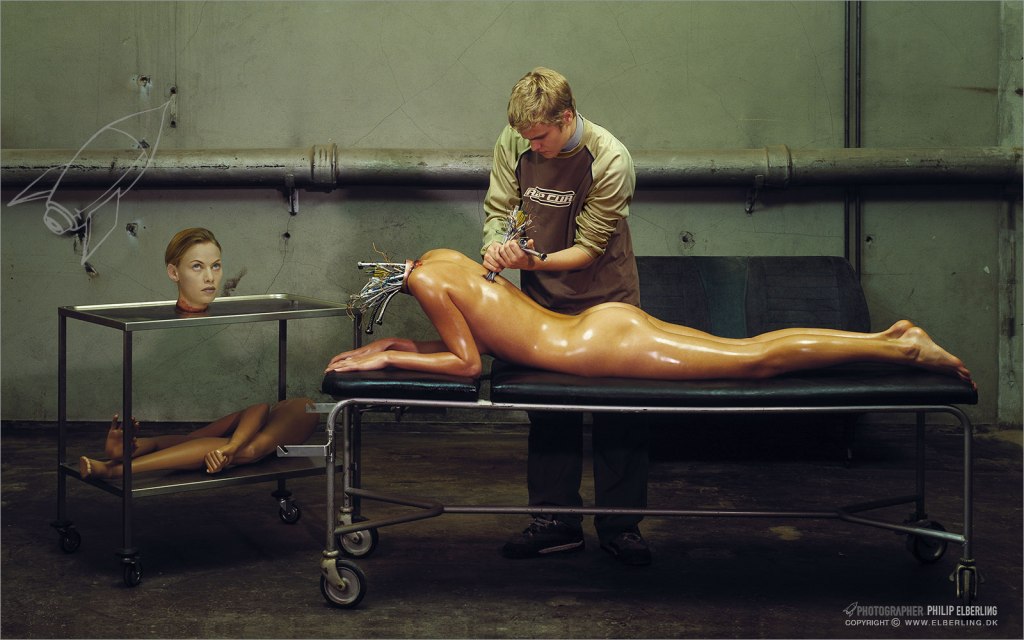 Humanity has flourished. Is nature fighting back?

By 2020, Houston, along with 9 other cities, will have a sex robot brothel. Currently, sex brothels can be found in Toronto with rentals costing $60 for half an hour with a bot.

This is not sci-fi, this is a reality.

Lifelike AI-based sex bots (both female and male) are available for sale on Amazon, Alibaba, and various manufacturers’ outlets.

If you cannot afford a real doll, an Android app is available to talk dirty to you, which can be configured to your liking.

But robots are not the only means experiencing newly developed sex-related technologies. The TeslaSuit is a smart textile, incorporating multiple nodes to directly stimulate sensation and pleasure in the skin through tiny electric pulses. Combined with a VR headset one can feel the virtual reality through suit-generated haptic feedback. Not limited to VR, the suit can become a remote way of transferring bodily gestures between individuals at a distance, or in layman terms: you can get a remote hug (and more).

Only a few months ago Forbes Magazine coined sex bots The Most Disruptive Technology We Didn’t See Coming (pun may have been intended). interviewing Matt McMullen, CEO of Realbotix and RealDoll and creator of the sex robot, Harmony, where among other things McMullen said:

“I don’t think this is something that would be a fit for everyone. But I think there are certain people who it would be a perfect fit for. I think there are people who struggled greatly to connect with other people and this is a perfect thing for them. If it makes them happy and fills that empty spot they have, I think that’s all that matters. So in one sense, you could say it’s going to make things worse. But there are probably a ton of real-world relationships where one partner feels very much in love and the other does not, or the other partner maybe deceives and lies and so you’re not getting the real deal anyway. The thing about AI and robots is they’re not deceptive. They’re not lying. They are what they are. If the AI is programmed to love you, at least you know that it’s programmed to do that, it’s not going to deviate from that goal.”

Aimee van Wynsberghe, who currently leads the Foundation for Responsible Robotics, says that there are benefits to the brothels especially for the elderly. Wynsberghe said, “They don’t have the same kind of access as you or I. They can’t use Tinder or go to the bar to pick someone up”.

Seems McMullen and Wynsberghe got it almost right, however, they have underestimated the long-term feedback loop such technologies may have.

In his 1972 novel, The Terminal Man, Michel Crichton describes “Harry”, a computer scientist (specializing in artificial intelligence) in his middle thirties, as suffering from psychomotor epilepsy following a car crash he had endured in 1969. Harry is a candidate for an operation to implant electrodes in the amygdala region of his brain in order to control the seizures via exciting his brain’s pleasure center. The implants are a great success and Harry does not experience any seizures, however in time those return and become more frequent. Eventually, we are told that Harry’s brain, gratified with the sense of pleasure accompanying each seizure has learned to generate them in an ever-accelerating rate in order to get its neurological reward.

Crichton’s book, written almost five decades ago, clearly foresees the current age of digital addictions. Our neurological reward system is already under constant attack by an ever-growing set of signals. Add tactile feedback, and you are on the highway to pleasuredome, the kind you never want to pull yourself out of.

We are becoming strangers in a crowd.

Social networks, remote communications, and the growing preference for less direct human interaction are creating a generation of socially-crippled individuals. People that shy from one another hiding behind glowing displays.

This is bound to have an effect on our brains.

It is a well-known fact that human brains evolved to be social. A unique part of our brains is solely dedicated to facial recognition (fusiform gyrus). The amygdala has distinct neurons that judge the intensity and ambiguity of facial expressions. This is no accident. We are designed to read each other.

Researchers from Beijing Normal University pointed out that face-to-face communication differs from other forms of communication in two key ways:

These factors are critical to effective communication and may even play a role in helping to synchronize your brain with others in your conversation. In fact, research has shown a significant increase in the neural synchronization between the brains of two partners during face-to-face, but not during other types of conversation.

In layman terms, you can text yourself to oblivion but you are not having a conversation. Not truly connecting, at least not getting the full experience.

“You said something about interviewing people face to——” He shook his head, his tongue dabbing quickly at his lips. “I would rather not say it. I think you know what I mean. The phrase conjured up the most striking picture of the two of us breathing—breathing one another’s breath.” The Solarian shuddered. “Don’t you find that repulsive?”

American teenagers and young adults are having much less sex than previous generations. While the experts are still debating the causes of this sex-recession, we also witness a global decline in birth rates in developed countries below replacement fertility rate (currently 2.1 children per woman).

Without derogating any of the above I would suggest a simpler more generalized hypothesis: we are becoming less social.

The decrease in human direct interaction and the increase of remote forms of the latter are causing changes to our neurological systems, atrophying brain areas that were used for such. The overall effect presenting itself as a decline in activities that require specialization in human interaction, such as bonding, coupling and of course having meaningful and satisfying sex.

Instead of recognizing this process, possibly trying to reverse it, we are inventing newer methods, gadgets, technologies and services to distance ourselves, amplifying the human rift.

Or it might just be that nature has had enough with our gluttony, our careless feasting on its plenty, and in his clever way, points his invisible finger to show us the way to decrease our numbers.

This site uses Akismet to reduce spam. Learn how your comment data is processed.

Begin typing your search above and press return to search. Press Esc to cancel.